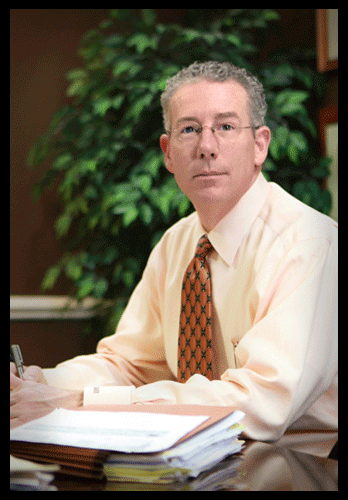 B. Miles Hannan is a partner in the firm, practicing in the areas of personal injury, wrongful death, criminal defense, domestic relations, and general litigation.  Miles has lived in Valdosta for 29 years, was born in West Palm Beach, Florida and raised in central Connecticut.  Mr. Hannan obtained his bachelor’s degree in criminal justice from Northeastern University in Boston, Massachusetts.  He graduated cum laude from Northeastern University while being the captain of the golf team and becoming a member of the U.S. National Golf Team.  After working a couple of years as a paralegal in the mega law firm of Foley, Hoag & Elliott in Boston, Massachusetts, Mr. Hannan attended Mercer University’s Walter F. George School of Law in Macon, Georgia, where he earned his Juris Doctorate.

Following law school, Mr. Hannan moved to Valdosta, Georgia in 1989 and joined the firm of Kitchens, Wolfson & Smith, where he practiced for eight years before leaving the firm to begin his own law firm with James R. Smith, Jr. and David A. Parker.

Mr. Hannan is an “AV Preeminent” rated lawyer by the Martindale-Hubbell Peer Review Rating System for legal ability and ethical standards.  This is the highest possible rating afforded attorneys.

Mr. Hannan is a zealous advocate for his clients in state and federal courts and has litigated on behalf of his clients in over 100 jury trials.  He has represented criminal defendants on charges of murder, rape, armed robbery, aggravated assault, child molestation, burglary, drug trafficking and numerous other serious criminal offenses.

Mr. Hannan is married to his wife of twenty-two years, Lisa Hannan.  They have a daughter who is a registered nurse who is married and lives in Augusta, GA.  Miles and Lisa are actively involved in their church at Northside Baptist Church in Valdosta, Georgia.  He can often be found on the links at Kinderlou Forest Golf Club or riding his John Deere tractor at home.